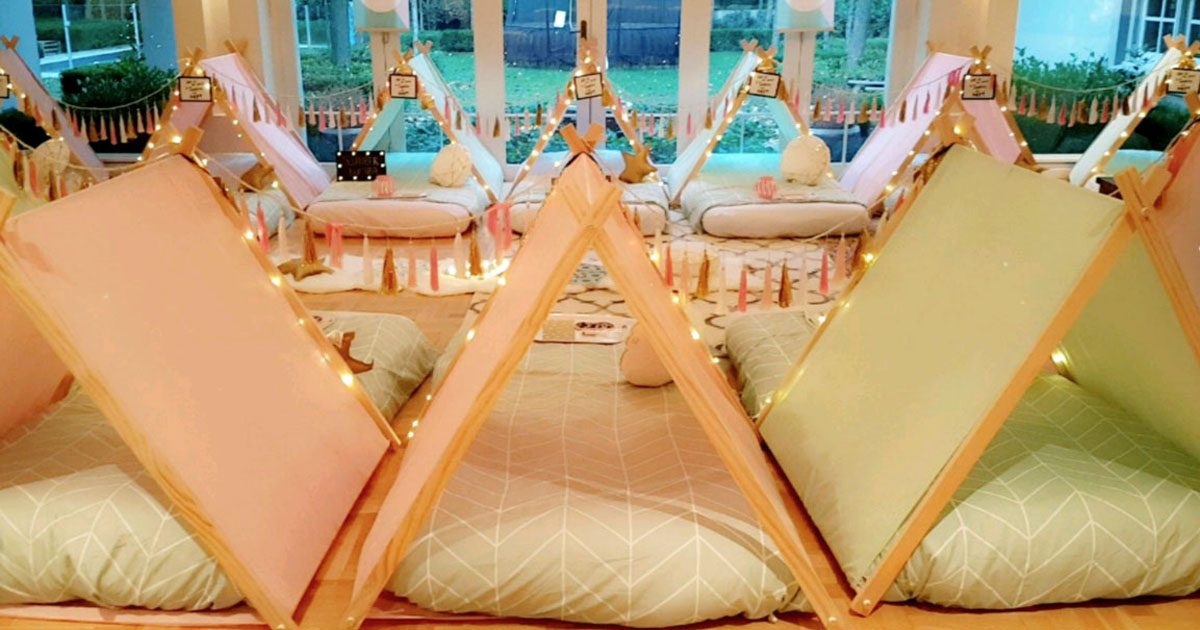 I know its a right of passage for girls and guys to have sleepovers as teens and tweens . I participated with sleepovers with my friends . But they were not really friends  it was really my family . Church family and friends of my parents.  People they trusted and most of them are people that I will trust with my children right . These ladies and men treated me like I was one of their children . If they got on their kids…I got into trouble too . And my parents never worried if I was being treated unfairly but of course this was the early 1990’s and the late 1980’s , not saying that things didn’t happen then I just was blessed to not have things happen to me .

Well then I grew up and I started noticing that so many people had stories of things that happened to them while they were on a sleepover or close family friends molesting them , or getting lost or abused while they were somewhere without their parents. I started to wonder if they put themselves in those situations . Or how they could have possibly avoided the situation . And though these things could quite possibly happen in your own home more of these things happen when children are away from parents.

I learned pretty quickly that outside of my family and my church family some people lived very different lives. Everyone doesn’t see things the same way you do and that’s fine if that’s acceptable in your house and I have learned that just because its acceptable to you doesn’t mean that it will be acceptable to me . Will that make a difference in our friendship? Absolutely not . I just won’t place myself into that equation and I think that we can still remain friends even if I don’t .

Six years ago we moved to another school. Which put me a place where I had to learn new people. As my daughters met new friends and were invited to birthday parties, some parents you just don’t feel as comfortable with but there are a few parents that you just take a deep sigh and say…I’ll be back to pick them up. Or you send them texts that say …do you mind if my little tags along with you. So I’m not altogether a prude when it comes to my children socialization…I just don’t like sleepovers.

I am currently not a proponent of sleepovers for a number of reasons. Some of these reasons were created from past experiences, lifetime movies, dateline  and 20/20…mtv ‘s teen mom.

A.  I have two older sons I would never want a little girl or little boy to be in a position that they could be placed in any sort of awkward position that someone could say that they beat, hurt or any other odd thing that they would not do to their sister or brother. Also I wouldn’t want to put you in a position with your older children or younger children.

B.  I would not want my husband to be in control of no one else’s daughters. Even as youth pastors we used precautions when dealing with small kids . Some children will make you look like you have done something wrong to them…kids have an imagination too. I also wouldn’t want to think a certain way about your husband because I have watched too much of the ID channel.

C. I don’t want to be responsible for your child if they are ill, can’t eat certain foods or if you have things in your home that we don’t have in our home like dogs and cats who frequent kitchens and pillows. My kids can eat anything but we don’t have animals and I think animals in the kitchen is disgusting .

D.  I like controlled environments . I like it when I know the parents are actively involved in the activities of the children . When kids are unsupervised…I’m afraid. I dropped my girls off at a ladies house in our neighborhood. She spends a lot of time with her daughter and you can tell when her sweet girls speaks to us. I have felt comfortable with her since the very beginning .