I  think men have it made. I  think they walk around with this superiority that they may or may not know they own. They do stupid things and people laugh. They are disgusting and people say…they are all boy. They grow up privileged and prone to disasters and people say…they will find their way . And when something happens , the smallest something like learning to pee inside the toilet ,they are congratulated and rewarded as if they have conquered the world. The whole world. 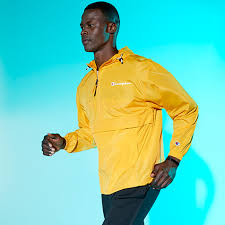 Women on the other hand are different. I  grew up with brothers and just kinda took for granted the whole idea of gender roles until they naturally happened.  At a young age we are given a complete idea of what the world wants us to become . We are given baby dolls…to learn how to nurture. We are given cooking and kitchen sets as a means to learn how to be domesticated. We are given play make up to teach us that one day will apply this to our face daily as a means to make us feel happy. In a lot of cases we are told not to eat too much , never get dirty and how to sit properly . If you didn’t get that maybe you don’t understand but this was how I  was raised … my parents had big plans for me . And when I  had children I  repeated what I  learned. After all it didn’t kill me.  I  had sons first and it was an easy process . They didn’t talk as much , want as much , need as much and when they went out to play there were things that I  expected. I  expected for them to be dirty . I  didn’t expect too much from them because what do you really expect from a boy . Then I  had a little girl . I  remember not wanting her to be a traditional little girl so I  bought everything in red and black. She had everything from bracelets to monogrammed diapers. And from the time she was able to play …she was given a doll.

I  gave her a doll because that’s what you give a girl and no I’m not one of those new aged parents who thinks that children should decide who they want to be . She’s a girl and girls play with dolls.  Well then she started using her words and understanding things . I mean you would have to meet her to understand . She’s an old soul . She’s probably been here before if we believed in that sort of thing…the thing is she’s a 29 year old woman in an 8 year old body and before she entered kindergarten she had already established that she did not want to be a mommy . I  didn’t understand what she meant when she first said that because kids say things like when they are little and don’t want boys around . But this was way too early for that . She was not even in school and the only boys she really knew were her brothers and her two cousins. So I  knew it didn’t have too much to do with a boy . So when I  asked her what she meant …in all of her four year old innocence she said,

Mommy I’m not ready to be a Mommy. I’m not even married.

It was cute. It was too much . I  was not ready in the moment . So I  said well you’re not their ( the baby dolls)mommy. You are babysitting for their mommy that works. Because of that one conversation we ended up having to have a conversation about Barbie, Ken. Going to college . Hugging , cooking , cleaning up the regular stuff that no one told that they ever had to tell a four year old.

I  realized that I  had to create a world that she is comfortable in and one that she will be as respected in . Have you ever been girl shamed? Shamed because you have no interest in domestication? Shamed because you don’t want to talk about breast feeding or natural birth? Shamed because your husband can cook better than you ? The funny thing about all of this shaming is that it comes from both sides.  We take on the embarrassment from our girl friends all to get it back on the other side from men .

Since when do Men know what we are supposed to do and be more than we do ? You know why Tyler Perry movies and plays are such a success? Because it is the reality of far too many women . And the other reason is that he’s man . Do you think that Kanye West would have been such a crossover success if he was a woman? I  mean Hilary was just as crooked as Trump but one was elected with less experience. When was the last time you’ve heard a man being asked…can you handle this and be able to raise your family?  Do you think Bill Cosby would have gotten away that long if he weren’t a man? Remember the lady that was newly elected in congress that was accused to cheating on her husband with an aid. She went on to step down from her position but I  can remember that around this same time a judge who was trying to get his bid on the supreme court . The whole entire evidences ( yeah don’t worry about that word) that was brought against him by the lady that accused him of sexual misconduct was just thrown out the window. Its so funny that I  remember what happened but I  can’t remember his name and I  know he never stepped down . We live in a world of double standards.

I  applied for a job recently . It was not at all a job in my field of study , just something extra , shopping money . While in the interview the man asked me if I  had children. I knew what that meant an where it was heading . I  didn’t answer immediately . I wanted him to tell me why he asked me that before I  answered. Of course his answer was just as chauvinistic as the question . Needless to say I did not commit to the job.

Women we should not allow gender to determine how far we go in life. Our sex should not be the definition of our success. 2020 needs to be the year of the woman…

One thought on “Men!”