For the last two years or so we have read or watched the news about highly influential individuals who are in our minds guilty of Sexual Misconduct . After all you won’t file suit against anyone who is innocent. And because its something that no one should endure ever you wonder , what kept them in silence so long. And then what exactly is Sexual Misconduct? And how can we stop this , especially in the work place .  Why are we afraid to speak out ? 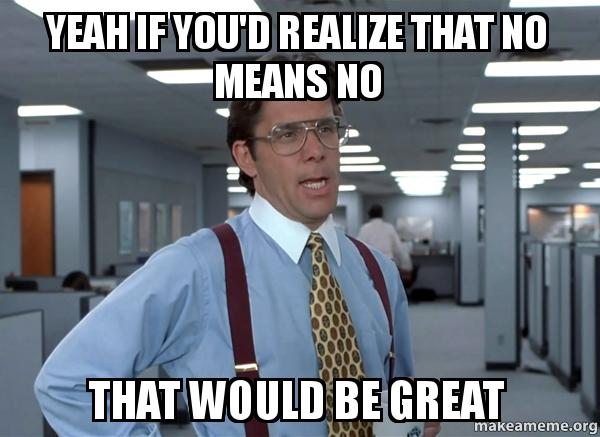 Just because its a new story that is gaining a lot of attention I decided to sit down with my teens from my youth group ,just to discuss some things about what a male can and cannot do to a lady. We went down a list of things that were generally things that we ( those born in the south ) typically did but now we have to be aware of it because after all it could be sexually enticing or sexual misconduct. Finally after thinking about the repercussions of even the slightest thing that a male could do to lead to some awful allegation, I just finally said …” guys just don’t acknowledge women and girls never go anywhere alone with a guy , period .”  I looked into their eyes and I thought what kind of world will they live in when it is inappropriate to open a door for a lady?

Today I took some time to read the allegations that these men faced .  And inappropriate is not the word that I would probably use. I also read Jenny Lumet’s ( Lena Horne’s Granddaughter ) letter about Russell Simmons. I took the letter , which was so professional,read it slowly leaving out any detail that we may have missed. Even though it seemed like there were some things that I wondered about  .But needless to say she got her message out . And bc she’s a lady , I immediately had compassion for her. And I felt like Russell Simmons was a horrible man that took advantage of a 24 year old woman. And then I read the end, which she said she put her clothes back on and took a taxi home .

See the beginning of the story it talks about their chance meetings, and the time he sent her 100 balloons with a silly note that said Please , Please , Please. She blew him off , thinking nothing of it. After a chance meeting with some of her friends she ran into Russell again . This time he told her he would take her home and she agreed. When she stepped into his truck , she told the driver her address, Russell said no , she said it again , and again Russell said no . Now she never mentioned if the truck was moving at that point . Now considering the nature of things and having used a car service , a truck is not going to aimlessly pull out unless it knows where it’s going . At any point she could have opened the door and got out . I sat there for the longest wondering if her decision to not leave the truck hindered her from not telling what happened for 26 years. She only gained strength to tell her story after others shared their stories.

Now her story seemed like a lifetime movie compared to some of the indiscretions caused by Matt Lauer. And then women were drugged by Bill Cosby , grouped by Donald Trump ,  Billy Bush, Ben Afflect and Bill O’reily. Harry Weinstein greeted women with a robe on , and others sent disturbing emails, awkward stares and immature words. And though I understand that this is a problem, I need to know what is sexual misconduct? And how can we stop it ?

See educating our daughters goes before they are even in middle school . I have two girls and with the clothing that is available for them has caused me to shop more sensitively for items that won’t make them appealing . I had the talk with my mother well before I left for college and I find myself having that talk with my girls. This includes how to act around their brothers. Not that I think my sons are weird its just teaching them the appropriate way to handle themselves in front of men.

We need to know how to handle these situations before they become too much and before they result into a letter.  Never go anywhere that makes you uncomfortable . Learn the buddy system. Guys think a candy bar equals a relationship, use your words and say no I don’t like you, no I’m not interested. Drive your own car, keep your phone charged.  Never walk into a room a long. Make conscious choices. Don’t drink things you didn’t pour. Never leave your friends , and if you face a tough moment RUN . And just bc an outfit looks wonderful on you , learn your limitations on how you model your outfit. I know all of these won’t always stop the inevitable but Hey these things helped me . I’m just trying to help someone …Basically